Three card poker is considered a variation of the game called Brag, which has British origins. It made its way to the USA and became popular under the name Casino Brag, but the name was later changed to 3 Card Poker. It was developed by an English professional poker player and champion named Derek Webb. It is believed that Webb was in Las Vegas, Nevada and played poker but he found the game too boring and slow. He created 3-card poker in 1994 and it was first played in UK casinos. This type of poker attracted many players and gained popularity very quickly. Today, it can be found in almost every casino around the world. 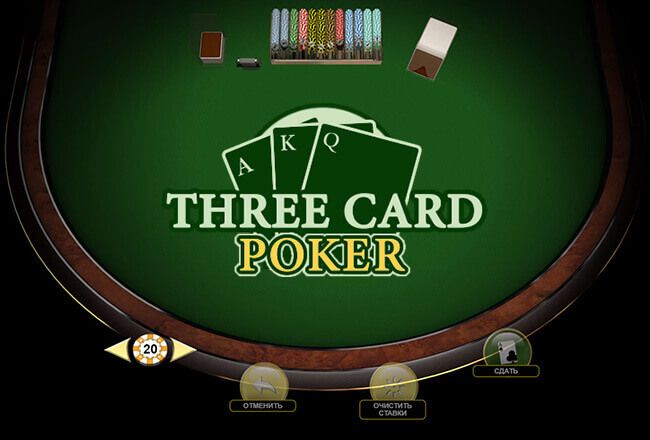 To start, the player bets an ante and/or a pair plus bet, betting that he will have a hand of at least a pair or better.

Three face down cards are then dealt to each player and the dealer. You only play with the dealer, not the other players at the table.

The player then looks at his hand and decides whether or not to bet on the game (equal to the amount he bet as an ante) to compare his hand to the dealer’s hand, or not. The optimal strategy says that the player should “play” all hands bigger than the queen, sixes and fours, and fold all hands worse.

If the player fouls, the hand ends and the dealer takes the player’s ante bet and the par plus bet. If the player bets play, the cards are turned over to determine if the player has a better hand than the dealer.

If the dealer’s hand is higher, both the ante and game bets are taken away. The pair plus bet is determined completely independently of what the dealer has.

Three Card Poker is played as a heads-up game between the player’s hand and the dealer’s hand. After all ante bets are placed, each player and the dealer are dealt three cards. The players have the choice of either discarding their cards or continuing play by placing a “play” bet equal to their ante. Hands are then dealt and bets are accepted. 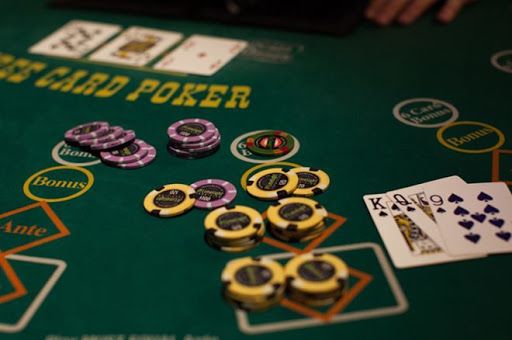 Ante and Pair Plus. Ante is a mandatory bet and Pair Plus is a side bet, we’ll look at Ante and Play bets first. After an ante bet is made, the player is dealt his three-card hand. The player must now decide whether to call or fold. If the player calls, he must place an ante (this is called the play bet) and the hand goes into showdown between the player’s hand and the dealer’s hand. For a player to win his bets (ante bet and play bet), he must have a higher ranked hand than the dealer and the dealer’s hand must “qualify”. For the dealer’s hand to qualify, it must be a queen or higher. If the player has a higher ranked hand but the dealer doesn’t qualify, the player will win the ante and flush (lossless) on the play. Let’s look at some examples with an ante bet of $25:

The player must now decide whether to call or fold. This decision will always be an easy one, because in three card poker the cutoff between a call and a fold is always the same. If a player rolls Q64 or better, he must always Call, and if he rolls Q63 or worse, he must always Fold. That’s why many people prefer three-card stud poker to blackjack, which is often a tricky game to pick the best option. Since the player in our example has a better hand than Q64 with a high ace, the player calls, betting another $25 on the Play bet. The player now risks $50, $25 on the ante and $25 on the Play bet. There are now three possible outcomes:

If you are looking for more action in addition to the Ante bet, the Pair Plus bet is for you. Pair Plus is an extra bonus bet that pays out at different odds depending on the strength of the player’s hand. Here are the payouts for the Pair Plus bet at Downtown Grand:

You also have the option of playing a hand house. This takes all the guesswork out of deciding when you should play. To play your hand of house, you bet Ante and Play, and the hand will be played according to the strategy described above.

To start playing, you place a bet (at least the minimum table bet allowed) on a Pair Plus round, an Ante round or both. All cards are dealt face down. Look at your cards and, if you’ve just made a Pair Plus bet, put them under your bet and wait for the dealer. As for the Ante bet, if you decide to go ahead, place another bet in the Play Circle of an equal size ante and slide your cards underneath it.

Pair Plus is the less complicated of the two bets. If you have at least a pair or better in your hand, you win regardless of what the dealer has. 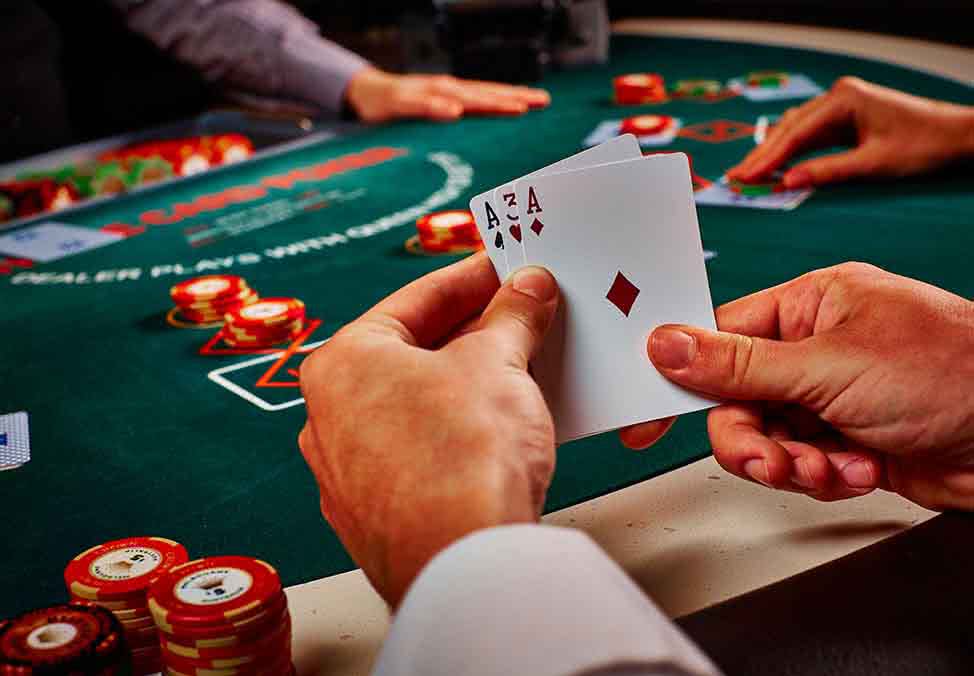 The payouts are as follows:

* Note: not a typo, right above this game. These are the usual payouts, which depend on which casino you play in.

If you have bet on Ante/Play, you must play against the dealer. Before you qualify to win a hand, the dealer must qualify (e.g. Caribbean Stud Poker). In this game, the dealer must have at least a high queen to ‘qualify’ and pay out the winnings. If the dealer doesn’t qualify, all players remaining in the hand will be paid even ante and your game bet will be refunded.

If the dealer’s hand qualifies, your hand must be better than the dealer’s. Remember that in 3-card poker, the hand ranking is different:

If you beat the dealer, you are paid 1: 1 on your ante and game bet plus an extra bonus if you have one:

If you have played both Pair Plus and Ante/Play and win both, you will be paid both according to the payout structure.

Three card poker is fun and fast-paced. It’s a pretty fast-paced game, and if the cards work, you can pay off quickly. This game is gaining popularity mainly because it’s easy to follow. Player cohesion forms quickly because they all start cheering for each other against the dealer.

There are two betting options in 3 Card Poker:

NOTE: Different casinos have different wagering requirements. Some require you to pay an ante if you want to play a hand, and a pair-plus bet is optional. Other casinos give you the choice of playing with an ante or a pair plus.

Playing Actions: After a player receives their cards, it is their turn to act. They can either ‘play’ their hand or discard it. 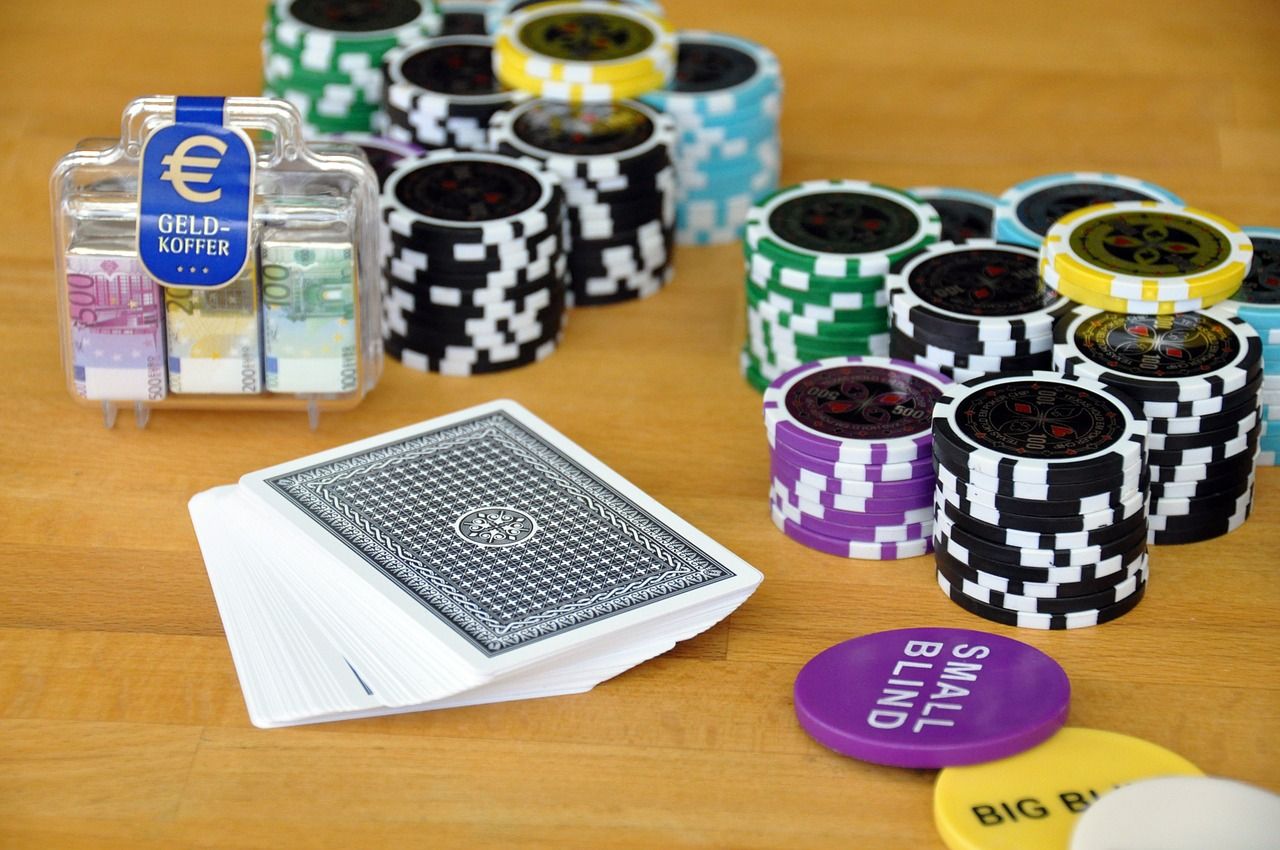 If a player folds his hand, the dealer wins the player’s initial ante and any Pair Plus bet, if applicable.

If the player wants to continue playing, he must place a ‘Play’ bet. The amount of the “Play” bet must match the amount of ante the player originally used. These chips are usually dealt after the player has sequentially dealt his hand and then placed these cards face down in the area marked ‘Play’.

Winnings and payouts: In the next stage the player reveals his cards, after which the dealer does the same. The hands are then compared and all relevant money is collected or paid out:

Since the Pair Plus bet is played independently, it will either be collected if the player doesn’t make a pair or better, or the player will be paid the corresponding winnings. This result comes despite the dealer’s hand and/or if the player wins or would have won from the dealer. Below are the general payout structures for these high hands. 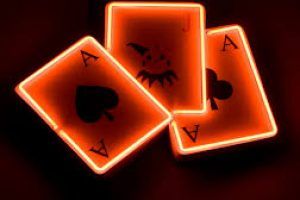 THREE Card Poker tournaments have become a mainstay at several casinos on the Las Vegas Strip and in Laughlin. Participation in these tournaments is usually given to players who win big hands during regular casino play, although more and more casinos are offering ‘buy-ins’ for interested visitors. These tournaments are easy to play and offer potentially huge payouts.

Tournament play consists of one or more “rounds” in which each player starts with a predetermined amount of money. Each round entails a fixed number of hands of standard three-card poker. After each round, the server counts the number of chips each player has. If there is more than one round in the tournament, each player’s final score is determined by adding up their individual totals.

The six highest scoring players meet in the final round. Once a player reaches the final round their previous ranking is reset – players #1 and #6 have an equal chance of winning the top prize. The sum of the chips determines the ranking of the last six and the prizes. In the biggest tournaments (100-200 players) all six finalists get money. 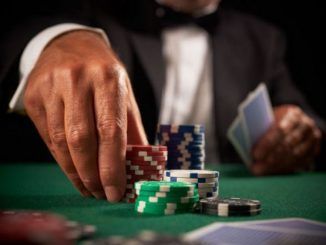 An ante is a bet against the dealer’s hand. After the player has looked at his/her cards, he/she must decide whether his/her hand can beat the dealer’s hand. If so, he/she must place an additional bet equal to Ante’s bet, which is called Play. The player’s cards are placed face up in the box labeled “Play with Ante Bet”; this means the player wants to stay in the hand.

If the player doesn’t believe his/her hand can beat the dealer’s hand, he/she has to push his/her cards forward along with his/her bet, which means he/she doesn’t want to participate in the game. Ante’s bet is then voided.

After all Play bets are made, the dealer turns over his/her cards and folds them into the best three-card hand. To qualify, the dealer must have a high queen hand or higher.

If the dealer fails to qualify, the game is pushed: no one wins, no one loses. The ante is paid in equal money or 1 to 1.

Also, the following hands are always paid at the Ante rate, regardless of the dealer’s hand. This is called an ante bonus: 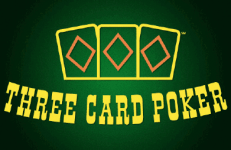